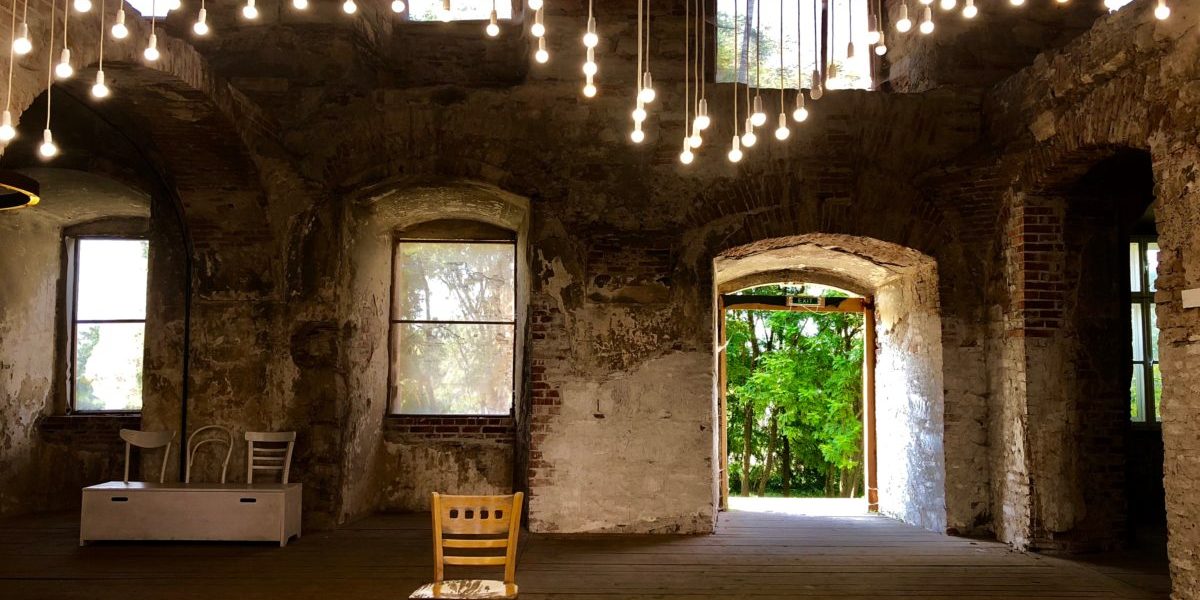 Oftentimes when we tell stories from our past we talk about what happened to us – the events or circumstances that we faced and how we overcame them. Like a narrator, I spent years recounting the details of my testimony. But I had no idea that there was another version to my story that I would need to tell, the one from behind my own eyes.

It was as if someone came inside of me and flipped a light switch on in a dark dark room.  My healing journey took a turn from going over what had happened, to how I dealt with it.  And trust me, there is a big difference.  I became aware of thought patterns and habits and lies and survival systems that I had been relying on just to get out of bed each day. The mess behind my mask was finally exposed.

The light bulb revealed a lot of dysfunction, but the most revelatory thing it exposed was the little hermit that was barricaded deep inside of me.  It was as if my truest self had given up completely and honed herself into a comfy cave with a KEEP OUT sign on the door.  The inner world kept spinning its wheels all around her – but she had no more say in the matter.

I was heart broken when I saw myself that way. The hermit had seen everything – she is the part of me that has walked through each season of my life – the good, the bad, and the ugly.  She represented a lot of pain – and shame – and reality. I had to take a hard look in the mirror, at that buried self, and own her.  I needed to learn how to listen to her and find out what she’s been saying all this time.  To learn what makes her come alive, what she likes, and to know the wounds that have kept her quiet.

But it has taken a lot of courage to pay attention to a voice that has gone undetected for so long.  There were parts of me that felt malnourished and powerless…becoming lifeless. But I saw her. And He did too.

In the next few posts I hope to share how He helped me to reconnect with myself, and how He unraveled the internal systems that I had created – so that I could let love in again.