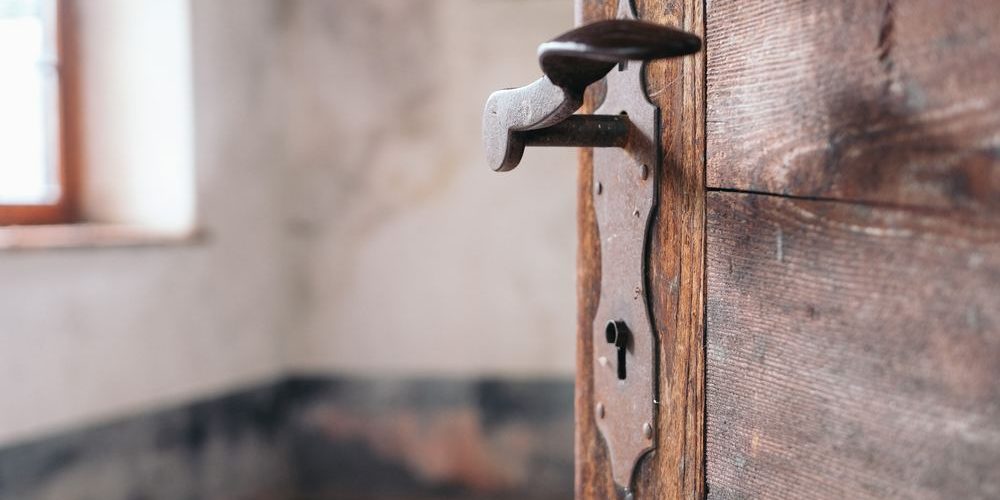 As I slipped into the back, the speaker had already begun. I can’t remember the name of the class that night, but as I walked in she was telling a story about the Holy Spirit.  Her eyes lit up as she recounted her adventures of hearing His voice so easily and simply, and how she had invited Him into every area of her life. I was a little surprised at how defensive I felt as I listened.

Everything she was saying could have been my own stories – from years ago – but I hadn’t realized how distant I had become from that kind of child-like…naive faith.  It even sounded “odd” to my jaded heart, and I wanted to be skeptical because I was so disconnected from that part of me.

But as I sat there listening, a blanket of Peace just consumed me and I could barely move. It felt like I was home again and I could have stayed there forever.

I closed my eyes, and I saw myself being led into a large mansion.  As I entered the house, I could tell immediately that it had been abandoned – there were cobwebs all over, and large white sheets draping over the tops of all the furniture.  It looked as though someone once lived there, but had left in a hurry.  Everything was stark white – cold and empty.

I opened my eyes a little confused.  And the Lord whispered, “that home is you.”

Immediately I understood.  I could see how locked up I was inside, and how “off limits” my inner world had become.  I hadn’t even realized that I was living like the lights were on, but no one was home.  There was so much pain buried in there, that I had shut it down completely and abandoned myself. I was spinning the wheels of performance and religion – keeping up the mask of christianity, but my spirit was far from it.

It was as if Jesus had been sitting on my doorstep for years, continually knocking on that locked door. I was just too afraid to let him in.  I didn’t want him to see what was really in there, what I actually believed.

I had no idea though – that he even wanted in.

That night I let him in.  I opened the door to my inner most being and I let him roam – let him see what was in there.  I was finally able to believe that he was for me and that he would be coming in with Love…that he was safe.

I asked Him to move back into my “house”, and dwell in me again.  I asked for forgiveness for abandoning who he made me, and for building all the walls to protect myself – from even Him.

And He came in and began to show me around in there. He reconnected me back to myself, to my pain and to my original design.

I discovered that I had been living as a christian, without a redeemed soul. I was doing all the right stuff, but living inside barricaded and alone.  I was the only one in charge in there – and it wasn’t a very safe place to live.  I had no idea that His love came in that close, behind my locked doors and my walls of protection.

He wants us to find that place again inside where we were made for him to dwell. He wants to come in and sweep thru the hunched over parts of us and open up and let the Light in. He wants to do it again. And again. And again. He is relentless to love us the way that we are designed to be loved. He tears down the walls even when they keep going back up.

He wants to be right there, in the middle of it all…speaking his truth and releasing his peace into our inner most being. Our “home” is the place where some of life’s greatest miracles can take place because revival begins on the inside.