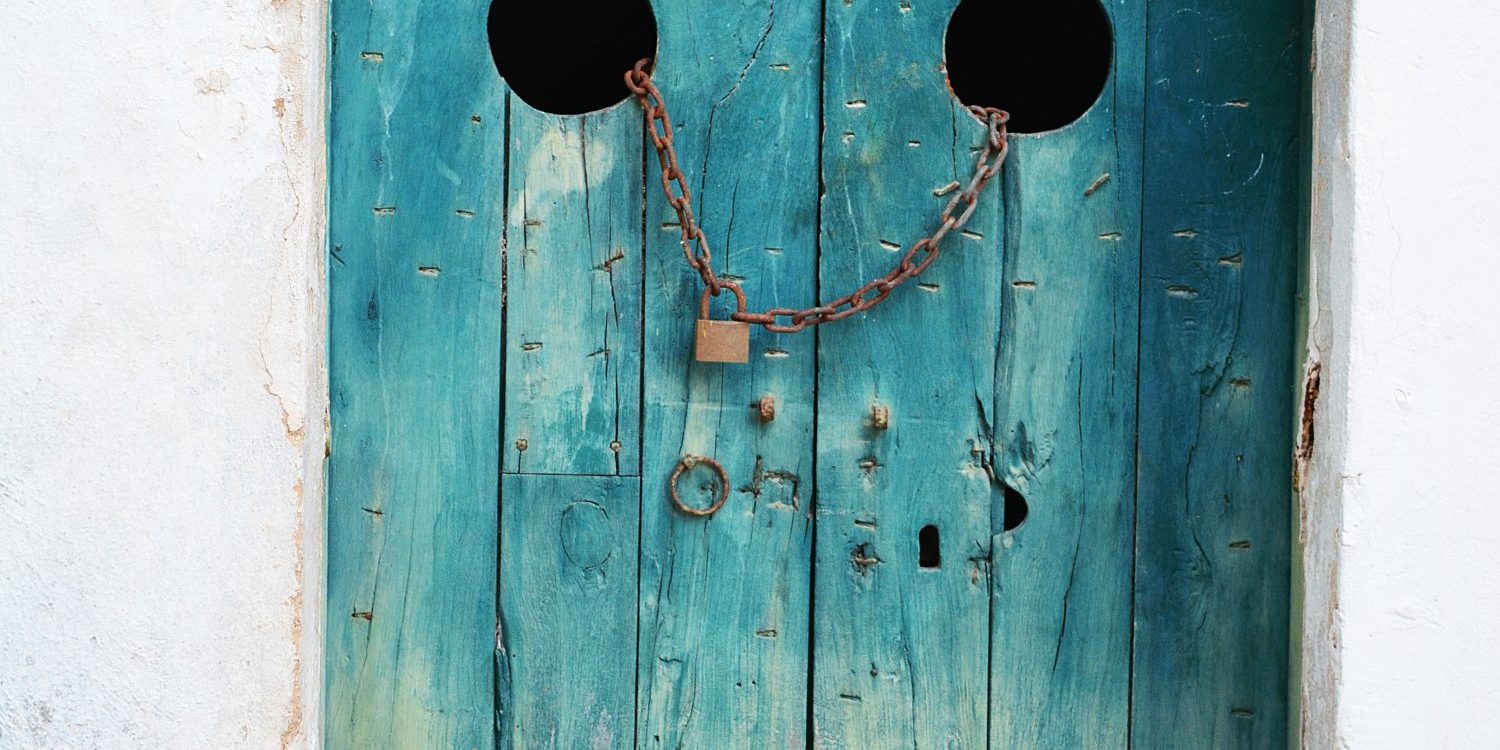 I grew up in the Church and I must have heard the salvation message hundreds of times.

My parents planted the church in our home when I was two, and they faithfully pastored there for nearly 40 years.  As a pastors kid, I grew up going to multiple camps, conferences, and mission trips.  I was “saved” at a young age, but I constantly wrestled with what that even meant.

Every time there was an altar call message I would think that I needed to be saved again, and I rededicated my life over and over.

I couldn’t understand why I was living the life of a Christian, but I never actually felt saved from anything.  I was constantly praying the prayers, believing them as much as I could, and jumping through all the hoops yet still so desperate to be rescued from the life I was living.

At the time, I had no idea how broken I was as a child.  Having faced the trauma of sexual abuse at a young age, and not telling anyone, was a definite cause for brokenness.  But surviving that shame in a system of religion nearly crushed me.

There was a constant battle happening inside of me, a silent war, but I just thought that was the way it was for everyone.  No one talked about the inner world that I felt trapped inside.  And when no one talks about it – it becomes Shame.  I was ashamed of the vivid imagination, the fears, the lies screaming at me, and the constant sabotage that I heard over my every move.  I was a failure no matter what I did.

All I was doing was constantly begging for forgiveness because I couldn’t get rid of that stuff, and I felt guilty for being trapped in my own hell.

As I grew up, I began to have more of a relationship with God, albeit dysfunctional.  He was gracious with me, and spoke to me in ways that I was able to understand.  When I was eighteen, I went to a bible college and was immersed in studying the Word.  When I learned the message that I could be washed clean from it all,  my heart leapt at the opportunity to be free of this hell I lived in.  I thought that if I repented of all my sins (which I literally wept in a prayer room for hours doing) and I asked for forgiveness that I would become a new creation.

I was so excited to be a new person, a clean person, a different person.  I had thoroughly wreaked havoc on the old man, and I was sick of her.  If I could just do it right, then I could finally achieve salvation, and my past would be gone. So when I repented; all of my memories, trauma, sins, pain, rejection, and self loathing were buried in the ground.  I was elated when I woke up the next morning as a clean person – it was like getting a new alias.

But I had no idea that I had abandoned my own self that day.

I flew on that cloud for a season with the thrill of a new identity being exciting and freeing. I spent those years growing, learning, hungering for God.  It really was the best thing that happened to me.  I couldn’t believe that He loved me, even though He knew “it all”…He let me in.

For some reason, I thought He let me off the hook and made an exception for me.  It never even crossed my mind that He had always loved that little girl inside of me.  I just assumed that He liked the more “spiritual” version of me, who was cleaner, and doing the right things.

As years passed, and more pain entered my life, it seemed as though my “new creation” was malfunctioning.  Whenever something or someone opposed me, I would get derailed.  I didn’t have a spine, or even the capacity to be normal.

It seemed as if I could only be spiritual because I had no other identity when my soul was completely abandoned.

The war zone inside of me grew louder again. It was my theology up against my reality, my new man vs my old man. I knew all the right verses to take down the “ghost of my past”, all the truths to get her out of my head – until the next time.  I thought that my salvation was on the line, and that it was my duty to keep myself constantly surrendered, warring off the lies of the enemy.

Eventually, Religion and Shame became my captors.  I was constantly spinning their wheels, feeling guilty for the burden, and trapped under their thumb.  They worked hard to keep me hidden, performing my way thru salvation, and keeping me in my in rags.

I lived the external life of a Christian, but I was constantly chasing the image I so desperately wanted to become.

I knew the Truth, but I just couldn’t get it to stick and as a result I only felt close to God sporadically.  It felt like I was caught in between heaven and hell, as I kept myself at the foot of the cross, humble and low, begging for forgiveness.

I absolutely believe in the power of God. I believe that He can supernaturally heal us, redeem us, and make us new.  But that instant transformation just wasn’t my story.  It has been a long journey of working out my salvation, of becoming alive in Him.

And one of the biggest factors in delaying His redemption, was actually me. I had been blaming Him for my own dysfunction. It wasn’t until I was willing to take ownership of my pain, and the survival systems I had created to protect myself, that I could realize it. I resisted Him at my core, and then felt outraged that He would abandon me. I was tenacious to never be exposed, and I was determined to never let That Girl come up in conversation.  My past was in lockdown, abandoned at the scene, and I never allowed Him in past my Shame.

I just wanted to bury it all.

But she never went anywhere…she just lingered.  Like a ghost inside of me, her memories would flash and haunt me, constantly reminding me that there was unfinished business in there.  I didn’t want to go back. I just wanted to be healed, to move on, to escape the pain. I was supposed to be free from her.  And yet she had the upper hand on me, her existence was a threat to my new man, and if exposed – she could crumble everything that I had built in her place.

“We sometimes manage to persuade ourselves that God is as pleased as we are with our developing maturity, while in fact His Spirit is gently pushing open doors into the darker regions of our hearts that we pretend don’t exist.” (The Wounded Heart p.9)

Even though I fought hard against Him, whole heartedly believing that I was doing it right, He never gave up on me. Like a gentleman, He patiently walked me through each season, until I was able.

He keeps moving alongside of me, and little by little, He’s been taking me back to restore it all.