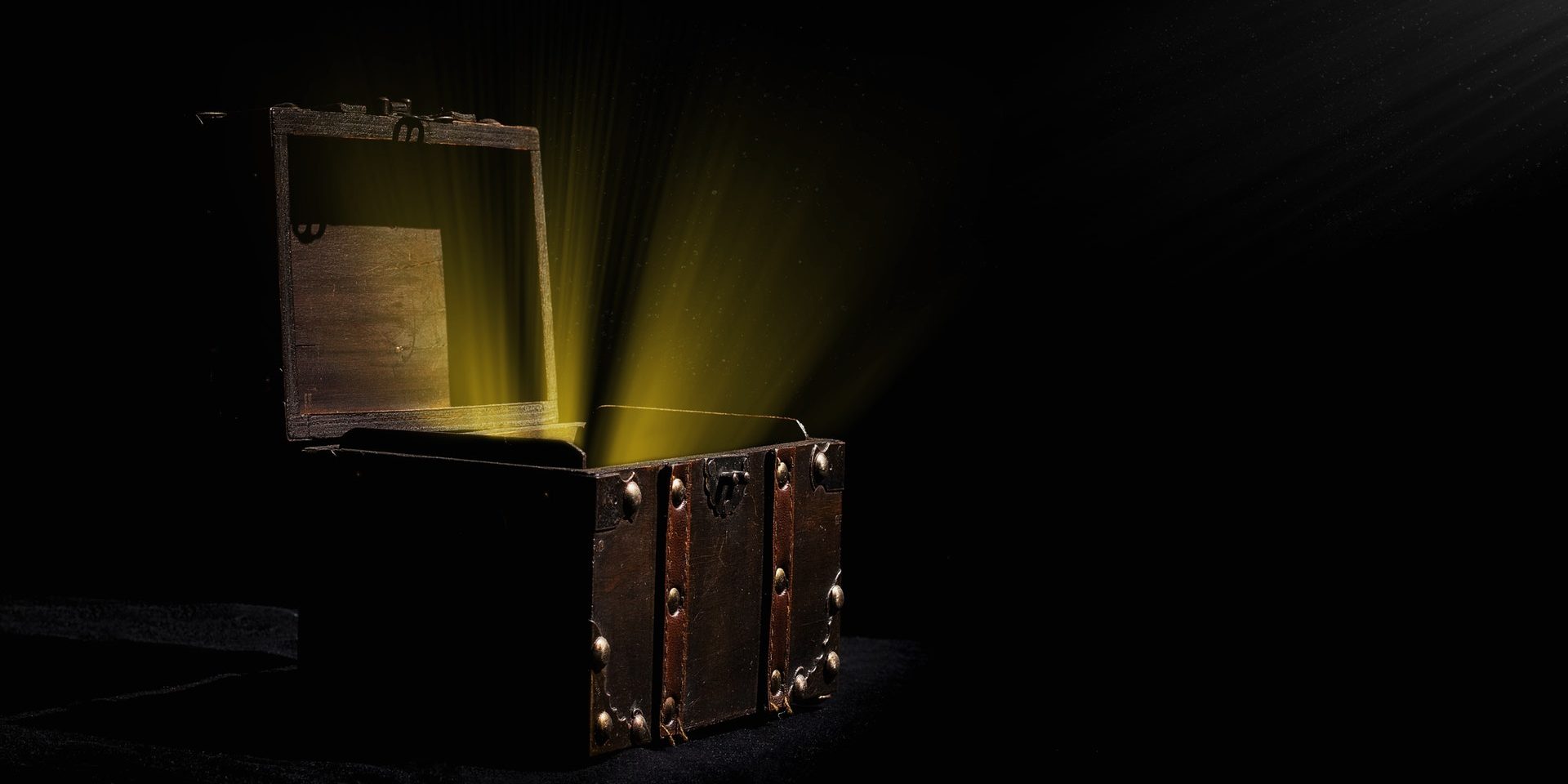 An allegory about the healing of the soul…

As I stumbled through the cave, the Man with the flashlight continued to lead me down a dark corridor.  I had no idea this hallway was even here.

It was cold and damp, full of cobwebs that appeared to have been growing for years.  We weaved through old doors with heavy locks and abandoned rooms, and deep inside the cave we finally arrived.

He stooped down at an old treasure chest, and whispered “here it is”.  And with sheer gentleness, he looked up at me and asked, “Are you ready?”.

Half of me wanted to bolt out the door and skip this session, and the other lingered in curiosity as to what was so important in that chest that we came all this way for.

He unlocked the chest, and as he opened it the entire room became consumed with the images held within it.  My eyes squinted at the rays as beams of memories awakened all around me creating shadows on the wall.  Countless faces, rooms, places, and scenarios all reeled like a life size mirage in front of us.  And one by one I began to recognize them.

They were the most painful moments of my life. Moments that I had buried long ago. It took me years to get them tucked into that tiny chest, years to padlock them, and send them all the way down here.

So far down that I had lost track of where they’d been all this time.

And now, they were unlocked.  It was overwhelming, the pain was so close – so big.  All around me, the pain sent screaming reminders of why I had locked it all away.  Panic flooded my body, and I began to crumble.

Why was this flashlight Man opening up Pandora’s box of pain?!

I felt like I was standing in the midst of hell.  My own personal hell.  It was dark, and like a reoccurring nightmare the memories stood like giants hovering over me in that room.  They danced and laughed at me while streaming their stories.  They each carried pieces of my life that I had left behind, but not without the price of torment.

I felt alone.  My system had failed me.

What I had spent my whole life running from, burying, hiding, denying ever existed…was now unleashed and running rampant all around me.  I lost control.  I no longer held the reins over my pain and it swallowed me in that room, just as I feared it would.  There was no more hiding.

My flashlight friend was standing beside me, holding my hand as I wept.  And in that cold empty room, I crumbled into his arms.  The pain swirled around me, but I felt the embrace.  Embarrassed, humiliated, and shamed as the images continued on…he saw every one of them too.  But for some reason, he never changed.  The gentle look in his eyes remained the same as he held onto me.

And the grip of death that the pain had on me began to loosen.

It felt like we sat in that room for days.  The reel went on for hours, but this time as I watched them, Love was on my side.  I grieved those memories.  I grieved for that Girl who lived through them.  I wept for her as compassion filled my soul. I was finally seen and there was no more hiding.  The shame broke off as he peered into the depths of my soul and found all that was in there.

And so the pain began to dissolve one image at a time…because it was really just a mirage after all.  All this time, I thought the pain was going to define me.  I thought it would expose me as unloveable and worthless.  But, here in his arms, I was finally free from its chains.

Finding love in the midst of pain is a beautiful and raw ointment for the soul.

As we sat there on the cold basement floor, the images began to dwindle.  Having told their story, thrown their arrows, taunted me one last time; they dissipated into a new memory.  They were losing their power, their grip of fear inside of me.

I held out my hands as the memories fell into my palms, like miniature puzzle pieces.  I could still make out the form of each piece, and the story it told, but now its lines were clearly defined and no longer haunting.

I could handle it.  I could stare it in the face and know that it was my story to own.  But I understood now that Love was bigger than my pain.